We’re at the mid-way point of February, and thankfully Valentine’s Day is over. I hoped you survived it as I did. Now we can all get back to doing what is really important in our lives, reading a good book. Today’s featured book is by Sam Quentin. I hope you enjoy! 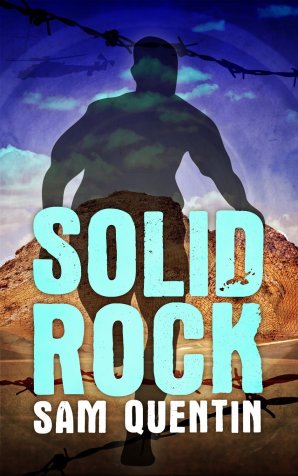 When Keldraid Defense – an upstart company seeking to join the lucrative world of national defense – creates a new technology, one that promises to revolutionize America’s abilities to seek and destroy her enemies, they prepare a presentation to give to the top brass of the U.S. Military. Little do they know that the military is not the only one interested in Kedraid’s technology.

As Jeff Draid finalizes his speech, with the help of Keldraid partner and mentor, Professor Kelman, Jeff soon finds himself as the target of an all out assault, seeking to kill him and everyone associated with the project, in order to steal the technology and so win what promises to be a $2.5 billion profit machine.

With his team killed, Jeff is forced to go on the run, and every where he turns to for help, he ends up leaving a trail of bodies in his wake. He becomes the prime suspect of the murders of his team mates and friends he tries to turn to for help. After turning to the media for help, he is kidnapped by a defense contractor, hoping to turn Jeff’s dream into reality.

What follows is an intense game of corporate espionage and murder-for-hire, where greed and the promise of huge profits trumps the right to life, and Jeff finds himself caught in the crossfire. His survival depends on delivering the device to his host, with no real assurance that his name will be cleared in the murders of his friends, or even that his life will be spared.

As the precariousness of his situation becomes clear, Jeff must make a choice, or remaining in relative safety with his captors and hope they make good on their promise to clear his name, and make his wealthy in the process, or find a chance to escape, knowing well that failure will mean a horrific death at the hands of those who claim to protect him.

Sam Quentin wrote a riveting book, with many twists and turns. You don’t know which characters to trust, and what motives they each may have that could be detrimental to the novel’s main character. There is a real sense of fear from not knowing if the protagonist will survive until the end.

The book itself is relatively short and easy to read. The premise of the story seems plausible, and the technology itself, which at first seems like science fiction, could easily be believed to be viable, and maybe it’s already being created at this very moment. I enjoyed the book and feel that’s it’s well worth the price to buy if you own an e-reader.