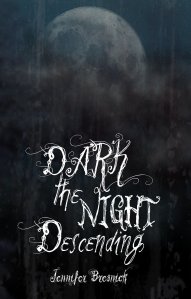 Arran Swinn is a captain without a ship, a man who is trying to rebuild after an unfortunate disaster at sea. After securing enough money, he buys an old ship, The Tortoise, and begins to look for a crew, though securing cargo becomes his next challenge.

When Elargwyd, one of the Neneckt – a race of sea-dwelling creatures who have the ability to change their appearance – comes to the captain, looking for passage, he reluctantly accepts the job, though one passenger isn’t much of a cargo. Arran looks for an old client in the hopes of securing something profitable, but he is turned away. He is  therefore surprised when packages mysteriously arrives from the client. Arran accepts the payment without regard to what the packages are.

That decision begins a series of disasters, each pushing Arran further along a path where he is no longer in control. The shipment put Arran in the cross-hairs of the Guild of Miners, a group regulates the trade of red iron, a scarce and precious commodity, and a target for counterfeiters.

Arran is forced into hasty alliances in the hope of clearing his name, and finding the a way to pay a debt to a mysterious creature, a payment whose forfeiture would result in his death. After betrayals and shifting alliances, Arran is confronted with his destiny, one that put his life and death in his hands. His fate, and the fate of mankind, may rest in his decision.

I’m familiar with Jennifer Bresnick’s work, having read a few of her short stories, and I even reviewed her first book, The Last Death of Tev Chrisini – the 2012 winner of the Shelf Unbound Contest for Best Independently Published Book. In this novel, I see a great improvement in her writing and storytelling.

In Dark the Night Descending, I found her ability to create a world uniquely her own as good as ever. Her world is inhabited by men and other super-human beings, creatures that have to power to terrorize mankind. It is not a safe world, and the terrors she writes are not unknown to the thoughts of men.

I can relate to Arran as a man trying to fight his way back after suffering a professional setback. He’s a man who finds himself dragged into a situation beyond his ability to cope, and his struggle is complicated by a cast of characters that have their own agendas, ones that finds Arran as dispensable.

Our hero has choices to make. Does he despair and accept defeat, or does he fight on, railing against the powers that seek to use and ultimately destroy him? When his allies betray him, to whom does he turn? Is there anyone left to trust?

The idea of a person finding that he has a greater destiny is nothing new, it’s a well-worn device in literature. What Jennifer does so well is that there is nothing remarkable about our hero, no super power or great ability that sets him apart. He is an every man, somebody who wants to make an honest living and do the best he can with what he has.

To me that’s the heart of the story, that though many powers have tried wrestle control of his life from our hero’s hands, what they can’t take is ability to choose for himself. He is unpredictable and thus he makes himself a dangerous power in his own right. That’s the lesson I take out of it, that we are ultimately in control of how we react to life’s surprises.

I have to give her effort a well-deserved 5 out of 5 stars. The story is entertaining and never predictable. As a reader, I never knew who I could trust, or even like. I was left wanting more and having to wait for the next installment to be written and published. I can’t wait!

Dark the Night Descending is the Book One of the Dreamer’s Shadow Series. You can find this, and her other works on Amazon or Smashwords. Please check her out on her blog Inkless and on Facebook.