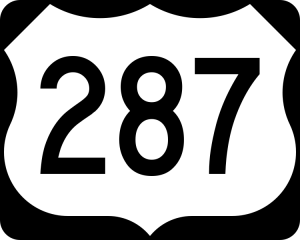 There was a girl who flitted in the periphery of my vision last Friday, as I drove down Highway 287 though Childress. I saw her only for an instant, mere seconds in my lifetime, but the image burned itself in my memory. Odd that it should happen, but why?

Let me tell you what I saw. She was young, maybe in her early twenties, with fair skin and light brown hair. I saw her walking down the highway, busy looking at her phone as she did so. She appeared to be with child, and I couldn’t help wonder who she was.

Why was she walking down 287? Where was she going? Where was the baby’s daddy? Was he in the picture? I began to invent a back story for her, the pregnant woman on Highway 287:

She was walking to the store, having no other way to get there. The child’s father is not in the picture, he being too busy chasing skirts to take responsibility for the baby about to be born. Alone, and with no one to help her, she walked, needing to buy groceries with her meager wages.

I imagined her manager, a guy named Rudy, giving her flack for being pregnant. Her doctor hinted that she may need to be put on bed rest soon, and Ruby is resisting, hinting that her job would not be waiting for her should she return. He knows the mother-to-be has no way to fight him, and he’s the kind of jerk that enjoys ruining people’s lives.

She’s worried about her job, and in turn where she will live. Without a job, she could be thrown out, in the dead of winter, with a baby in her womb, or worse a newborn in her arms. Then she worries about how she will eat, and how she will provide for her unborn child.

But there’s a guy, a guy who likes her. He cares for her in spite of the fact that she carries another man’s child. He loves her for no other reason than because he does. He offers her a place to stay, with no expectations of payment, financial or otherwise, but she hesitates. “Why are you doing this?” She asks. “Don’t you know?” He answers.

So she accepts, until the baby’s daddy finds out. Jealous, he comes back into the picture to take her back, which she falls for. She moves in with him, forsaking the friendship for a man who dumped her so callously when she told him about the baby. In no time she finds out that he may be taking care of her, but he has others on the side to play with.

“Why can’t I find a good man?” She complains to the friend she forsook. “Why are all guys such jerks?”

“Because you don’t see me,” her friend says quietly. “I’m a good guy, or so I’m told, but no one sees me, no one wants me. I’m tired of being the good guy no one wants.”

“I’m sure you’ll find someone. Any girl would be lucky to have you.”

“What?” She asks in astonishment. “You’re a great guy, but you’re too good for me. You deserve better.”

“And because I deserve better,” he says bitterly, “I never get anything. So be it. I’m done.”

“Wait, what do you mean you’re done?”

“I can’t keep holding on, hoping you, or anyone else will notice me. I’m done with women.”

“You can’t! You’ll find someone, I promise.”

“You promise?” He snorted. “When will this mysterious woman appear? I can’t wait forever. No, I’m done. And you? You complain you can’t find someone good, but when some one good want you, you reject him. Don’t complain about the men in your life because you decided you deserve them. It’s the road you chose.”

In the end, she’s left to raise a child on her own, after the baby’s daddy decides he doesn’t want to play the father, when no one else threatens to take his place. She’s left to subsist on welfare, living in a slum with no job and buying food on food stamps.

She’s alone, trudging down the highway, until another loser picks her up, and she accepts because she has no other choice.

I imagine this of her, the girl on Highway 287 after only catching a glimpse of her as I drove by. I felt sorry for her, and I don’t know why. She sounds like a bitch.

Next Story – The Cheater