You remember me saying that I was going to spend my vacation reading and writing? Yeah, about that, ha ha ha.

I finally sat down yesterday and did a little bit of writing. I also wrote quite a bit today, and I’m raring to write some more. It’s hard to get started, but once I do I don’t want to stop. I usually only stop when I get myself stuck. I have a habit of only starting once I’ve figured out where to go next. It’s a bit of a hassle, to tell you the truth, but it’s moving me forward. I’m under no obligation to write anything, nor do I have a deadline to write it in. I’m a free man, writing at my pace for my own enjoyment.

I’ve spent most of the past two days in bed. I haven’t been feeling all to great, and I haven’t had much energy. I even called out of work this morning. My stomach was a bit topsy-turvy and I didn’t think work was the best place for me. I’m hoping I feel better in the morning, but for now, I’m trying to relax and hoping I start feeling better.

Other than doing as little as possible the past couple of days, I spent a considerable amount of time working on my book. I’ve written close to five thousand words, and I’m still going strong, finally finding the stakes of the story, the machinations implausible, but in light of recent events, not altogether impossible.

I just finished writing the scene where my two main characters meet, at a dinner party, where the host surprises his guests with a wild claim, one that seems improbable but one they admit can happen given the right circumstances. My main characters first meeting seems to go well, until it devolves towards the end.

Maybe it would be easier were I to plot the story out, but nah. I have my antagonists in place, the plot is moving forward, and soon things will begin to happen, pushing my characters together until….

The end hasn’t been written yet, except that I have the next book in the series already written. I know where it’s going, I know the destination of the relationship, and I know the fate of my characters, the destiny they both are chasing.

I’m finally excited to be working on this project. I’ve been reluctant to write it because I didn’t have an idea of what would happen, or why, but now I do. I’m figuring out the plot structure as I write, inspiration kicking in at the right time. All it took was for me to stop forcing the story along, and to stop writing long enough to find the hook.

I’ve passed 21,000 words today and I’m pleased with the progress. I still have a long way to go before I’m anywhere near done, but for now, I say I’m well on my way.

If this was NaNo, I’d be losing. I’m currently at 13,195 words, and though I could be further along, I’m not. I haven’t set an arbitrary nightly word goal to meet. I’m just writing as much as I feel like writing for at least an hour, and I’m not even making that. I may have to go back to a word goal.  At least I would be making some progress.

I have made some headway however. I’m on chapter 3 and well on my way to creating my two main characters. They haven’t met yet, and that’ll have to wait a couple more chapters, but their paths are aligning slowly. Soon they will meet.

But what when they meet? I’ve been working this story for years, coming at it from one angle and then another. I fixed the issue with Giada, the idea of her being a high priced prostitute just didn’t work for the character. I still needed her to rub elbows with the rich and powerful, but a prostitute was clearly the wrong choice, a decision made in revenge towards someone who hurt me. I’m over that now!

I feel like I’m working a puzzle, trying to piece together a narrative that fits with what I already know about them, and that fits what’s already been written, while discarding that which makes a lie out of my characters. It’s a frustrating exercise, but it’s one that I admit I’m enjoying.

Here it is, the day after, and I took a day off from work. It wasn’t the result of NaNoWriMo but rather pushing myself at work the past couple of weeks. I had hoped to last until my scheduled days off, which would have been Thursday and Friday, but when I woke up, I knew I had to rest or else I really would go down for the count.

So I slept in until about noon. When I did manage to get out of bed, I didn’t do much but shower and get dressed. Feeling hungry, I headed into town to buy myself a salad. Another consequence of working to much lately has been eating poorly, and I just needed some vegetables. I’m not sure if a salad really counts, but it was still better than the fast food crap I’ve been shoving into my mouth.

I relaxed and didn’t think about writing. For the past month, I wrote a story that never really gelled. My characters were uncooperative, and the story never took off. The suspense I hoped to create between my two main characters never really formed, and there was never any action between the antagonist and the protagonists. I quickly fell out of love for the story, but I pushed through to the end, happy that it’s finally over.

But as I rested today, an itch to revisit another NaNo came to me. Last year I started writing the story of Giada, a minor character in my first NaNo, The Son of the Father. That too didn’t go the way I planned, and in fact it’s the second attempt to write the story, but I never gave up on it. I simply put it on hold, until now.

But now, years after the fact, I think that’s been my main problem with Giada. She isn’t some immoral, promiscuous slut. She’s a woman who’s been hurt by the men in her life, namely an emotionally unavailable father, and lovers who saw her as a prize to be coveted rather than a person deserving of respect. Though she lives a very free existence, she’s not some shallow bimbo. Giada is an earnest and sincere woman.

I fell in love with the character in spite of myself. Out of all of the characters I have created, she’s the one I like the most. She’s exuberant and just has a joy for life that I find endearing and contagious. She refuses to be kept down despite all the crap that’s gone her way.

That’s why I’ve had so much trouble writing her story. She deserves a good tale. I know she’s a fictional person, but she is real in my mind’s eye. She lives and breaths as a figment of my imagination, far more than some of the others I have created. She’s a complete woman, with both good and bad in her.

Giada will be the next project I write. I wonder how I’ll do it, to reconcile my the different versions of her, but I suspect most of what I have will be thrown out. Well actually, I’ll probably recycle most of it. It may not fit into her narrative, but it’s too good to let go.

While I may not have found any pleasure in this year’s NaNoWriMo, it may have rekindled my desire to write. Only time will tell if I go through with publishing anything, but for now at least I had fun with the exercise. 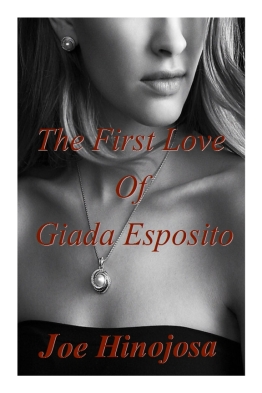 Idea for a book cover. I’m sure I can find someone to do better.

You’re not going to believe what happened this week. Yep, I fell behind yet again. This time I was two a little more than 4K behind, and I got within 600 words of par. All it took was me jumping into the car, driving an hour, and parking my rear end in a chair in a coffee house in the great city of Lubbock. And also coffee, delicious coffee. Why am I shaking? Co-co-coffee! Whee!

The trouble I’m running into, in addition to working nights, is trying to advance the story forward. I get to the end of a scene and I’m left wondering, what now? It can be a little frustrating. I know the ultimate destination, but I’m having trouble steering myself that way. I’ll get there eventually. I’m taking the extended scenic route.

A problem I found was that I had a character that did nothing, but is the one that started Giada on her journey. Francesco Manfredo needed to be introduced as more than a place holder character. I wish I would have realized that sooner, but I brought him in, and he’s giving me a wealth of information. Another character is proving to be a surprise, which I’m enjoying. He went from White Hat to crazed stalker.

For now, I’m going to take a nap and start on Sunday’s writing. I hope to get ahead today and tomorrow. Only one week left. I don’t want to lose it now.