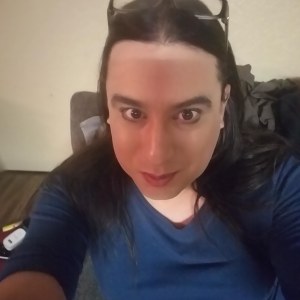 I’m in my living room, on my love seat, with my laptop on my little laptop desk I built. NaNoWriMo is in full swing, and I’ve had a couple of days off. I’ve written over 10K words since yesterday. I want to get ahead. You can find me and add me as Buddy. User name Stefani Jo.

NaNoWriMo 2017 is fast approaching and I’m still undecided whether or not I’m going to participate. I probably will, just not 100%. My writing has come to a stop this past year, having started to spend most of my time painting instead. It’s a different creative outlet for me, one that I never thought I could do, but one I enjoy immensely.

But in my heart, I am still a writer. I still create stories in my mind, even if I don’t always write them down. I’ve been a little lazy about taking out my laptop, mostly because I don’t have wifi at my place. I know that’s a stupid excuse, but it’s true.

Wifi or not, I will probably write again this November. I’ve done it every year since 2011. It was one of the things that helped me after a very painful divorce. It helped me focus my energies on something other than my pain. It was my outlet. It was my catharsis.

I don’t need it in the same way as I did, but I do need to write. I’m not always a great speaker. Okay, I’m never a good talker. I tend to say what I need to say within the confines of the written word. I’m better at expressing myself that way. I wish I was better at talking. Makes my life a living hell at times. No one takes you seriously when you’re unable to talk and argue effectively.

But that’s another issue altogether. November brings a sudden rush of motivation. There’s something to be said about external accountability to keep one on track. It’s also a bit of a rush to be able to say that I’ve written 50,000 words in thirty days. Most people will never be able to say that. I’ve accomplished that every year since 2011. That’s over 300,000 words!

I need to get back to writing. I keep saying that my goal is publish, and I’ve gotten of track. I need to refocus on that goal, but who knows. Maybe  I will, maybe I won’t. Ultimately, it’ll depend on me, and I know that. I think what gets me is that money is tight, and trying to find someone to proofread and edit my work, paying for artwork for the cover, is more than I can afford. Then again, if I really wanted it, I would find a way.

Me and my silly life, huh?

So I’ll see where I am a month from now. I don’t have any ideas as to what I want to write, but I have time to decide. I do have a couple of ideas for short stories, and I’ll write them and post them soon. 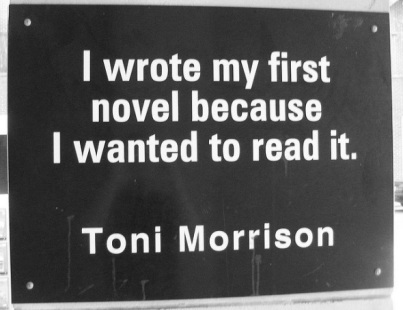 I pulled out my 2012 NaNoWriMo novel this evening and began to work on it. It’s one of the novels that I’m most passionate about because I think there’s something there, a story I want to tell. It’s probably also one of the most personal for me because it deals with a hard break up of the inability to move on from a betrayal.

I work that way when I write. I write about me, what I feel, my pain and sorrows, my joy and elations. Sure, I tend to stretch and distort what I went through, making the story its own entity, but I ground it with my own emotions, telling a story that I think we all can relate to because we’ve all lived it in a fashion.

What’s kept me from even trying to publish this novel, though I’ve wanted to for years, is the opening scene. I’ve never liked it. It felt jarring and forced, as though I was trying too hard to write something impactful that it became off-putting. It didn’t work, and the more I worked on it, the worse it got. In exasperation, I cast it aside, working on other projects, consigning it to be forgotten.

But it wouldn’t let itself be forgotten. I had to tell the story, and I finally pulled it up out of the depths of oblivion, or rather I opened the file on my computer, if you want to be pedantic, and I stared at the opening scene until it dawned on me that I would have to write a whole new scene. Took me a few years to finally accept it. The first scene had to go.

In actuality, all that scene needed was to be rewritten and used as the first scene of the second chapter. I decided to start the story with the situation that sets the whole narrative into motion, pulling it from the middle of the novel to the beginning. That means I have to do a little more work to erase that scene from a middle chapter, but I think it makes more sense this way.

I have a long way to go, but I like the way it flows now. It feels better, the timing works for me. I may have to tweak it a little, but I could probably do that from now until eternity. I’ll soon let it go. For now, I think I’ll get back to it. I can’t wait to be done with it and have you read it! 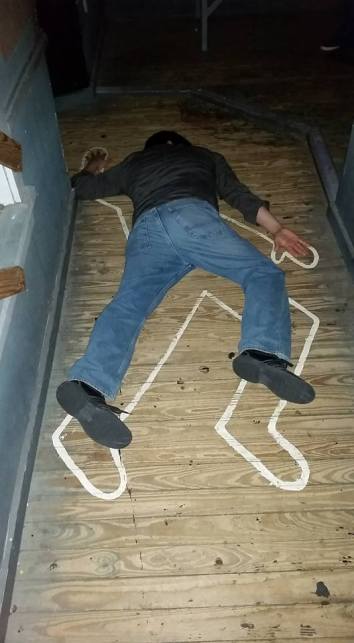 I think the past couple of months tried to kill me. Photo Credit: Amy Ebert

I feel like such a slacker. I’ve been putting all my attention on a different project that I’ve neglected my writing. I still have those aspirations, but they have taken a momentary back seat to what’s going on in my life, both personally and professionally.

Professionally, I’ve been given the opportunity to participate in a leadership development program in Oklahoma City. We meet once a month for a class where we sit and learn important things regarding the business, but mostly it’s about forcing us to stand up a become comfortable talking to a group of people. It has helped a bit. I do feel a little more confident.

In fact, the feedback I’ve received so far is that I’m doing well in the program. Yay me! The class is moderated by two Store Managers, and the District Manager and District HR Manager are also in attendance. Part of the reason for the class is to bring Department Supervisors to the attention of the District team, so that they may consider us for advancement into managerial positions. I’m not entirely certain I want to move up, but it’s nice to know that I may have that option.

Personally, well, I’m not really ready to discuss it here. I well say that I feel that I’m in a period of transition. I feel that there’s a move in the future. I don’t know when or to where, but that this move will be for the better. As much as I’ve enjoyed being back home, I think it’s time for me to move on, and maybe explore who I am to a wider audience than is possible currently.

After the New Year, I hope to get back to writing. I want to finish up my NaNoWriMo project. I should say that I did win last month. I meant to write a post about that, but it got away with me. The past couple of months were busy, with my LDP class, inventory, and Black Friday, and lastly a visit from our Regional Vice President. It’s finally gotten back to normal, but now it’s Christmas and New Years. I’ll try to find my grove again.

I’m so behind, it’s maddening. I’m still three days behind, but I was six when the day started, so at least I’m making up some ground. I would like to catch up tomorrow, but that’s unlikely. I just hope I don’t get further behind.

November has been brutal, writing wise. First, I had a presentation to prepare. Then I had present it, in Oklahoma City, more than five hours away from home. I wrote Sunday, worked Monday and drove to OKC, no writing done. Tuesday was the class and presentation, then the drive back to Amarillo. No writing done. Wednesday was a long day, and I ended up working a full 12 hours, spent the night in Amarillo again, then a full day on Thursday. Too exhausted to write, and the first night home since I left on Monday.

I meant to write on Friday, and I took my laptop with me to Amarillo, and set up to write at Roasters while I waited for a friend to drive in. We were going to meet for lunch, and I thought it a perfect time to get out of the house, drink some coffee and write. Nope. My computer’s battery was dead, and I left the charger at home. Crap!

I ended up going to Walmart, buying a composition notebook and a pack of pens, and sat down to write out a vague roadmap for my novel. While I’ve stated on countless occasions that I’m a pantser, I’m feeling as though having no plan isn’t working for me. I need at least a general outline of what I want to write. I may not follow it exactly, but at least it’s a guide.

So now, finally, Saturday comes, and I can write. I should have written more, but I’ve played too much online. Damn Facebook. I’m still please with what I have so far, the outline giving me some direction on where I need to go with the story. I decided as I was outlining that the story needs to be organized into three parts. So, maybe planning is helpful.

I have a long way to go before the month is over, and longer until I get to the end of the novel. I wish I didn’t have so much happening to distract me from my writing. This coming week is Inventory Week at work, and it’ll be long days and nights until Thursday. The following week is Black Friday, again a lot of long days to prepare. The last week of November has me going back to OKC for another project. I need to be beyond the 50K mark before then. I don’t know if I’ll have time to write on the 29th or 30th!